Selling XRT is in the Product Knowledge!

XRT's entry into the market back in 2008 seems like a decade ago.  Since its introduction this products demand has grown at a wonderful pace as the formulators and end users have become relived to find a product that performs as advertised.  Some competitors have begun to market their products on "weeks of green" to extend their perception in order to compete with XRT's twelve week release. 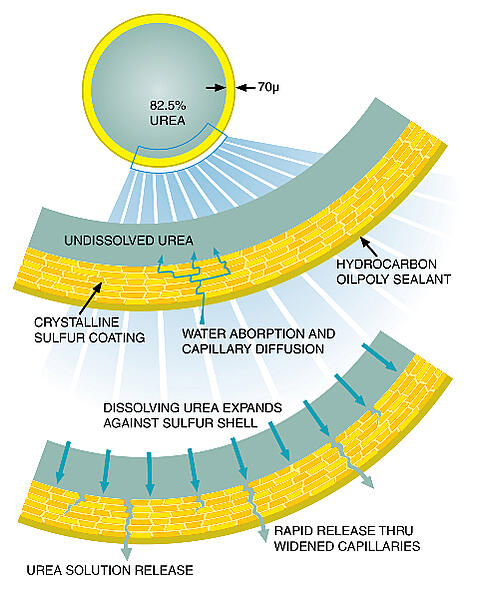 The big difference between the market leader (SCU) and XRT is in how the nutrient actually becomes available to the plant.  XRT, a controlled release nitrogen, is released predictably where as polymer coated sulfur coated products are slow-release and release by a catastrophic failure of the coating.  Throw a thousand separate catastrophic failures happening at different times into a bag and now you have an unpredictable "slow release" fertilizer.

For great performance at a great price, professionals choose XRT!